A Lesson in Perspective: Herbie Thompson 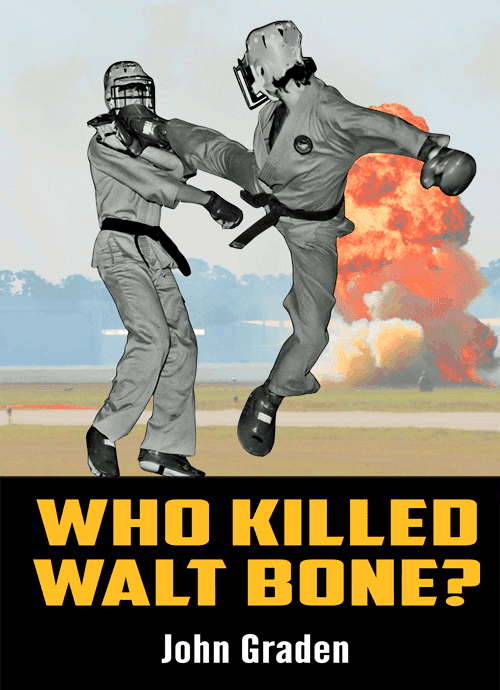 The 1974, Florida Karate Championships were held in St. Petersburg, and I begged my dad to take me.

To his full credit, he drove me to this and many other events in the years before I had a driver’s license.

This trip though was tough. It was during the gas crisis of the seventies. It wasn’t unusual to have to wait twenty to thirty minutes in line to get gas.

Once you got to the pumps, you might just get a few gallons. To compound the stress, we were getting lost trying to find the event, but Dad didn’t complain.

Dad was excited because Joe Lewis was going to fight an exhibition fight that night.

Dad read my karate magazines and knew who Bill “Superfoot” Wallace and Joe Lewis were.

On the drive over, he kept saying the blacks would take the sport over because they were faster. He said, “Once Lewis and Superfoot are gone, that will be it. The blacks will dominate.”

The man Joe fought that night was Herbie Thompson. Herbie was a tough black man from the ghettos of Miami. (There is a chapter on Herbie in the appendix) Tough as he was, Joe Lewis dominated the fight, and speed had nothing to do with it. Lewis was fast, but his power decided the outcome of most of his fights.

That day, Walt Bone won both the fighting and forms divisions with Hank Farrah coming in third place, and all of it was in Official Karate magazine six months later. I was so proud of my school.

For years, as a young competitor on the Florida karate tournament circuit, I would see Herbie Thompson compete in the black belt fighting division.

The circuit was racially charged in those days, with Thompson the respected and feared leader of a group of black fighters from Miami. Though he was respectful and friendly with Walt Bone, he was rarely friends with anyone he faced in the ring.

He threw trophies and chairs if he didn’t win first place and always seemed ready to explode into a street fighting rage if things didn’t go his way.

One time we had a black belt team competition between our school and a team led by Thompson.

I was just a brown belt and was settling in to watch what I knew would be a rough, volatile series of matches when Mr. Bone motioned me to come over.

He instructed me to follow him into the locker room where he pulled out a black belt and told me to put it on. I had been instantly recruited onto an adult team of black belts at seventeen. I was terrified.

In the first fight, our biggest fighter got his nose broken six feet out of bounds by a blatantly illegal punch. We got the penalty point, but he got a trip to the hospital.

After cleaning up the blood, in the next fight Don Sturiano got knocked out of the match with a powerful kick to the back, which nearly crippled him. I was next. I survived, but I lost a lot of points.

In the final match, Walt Bone was up against Herbie Thompson. We were way behind in points, but Walt regained the points, and we won the team competition.

Thompson went nuts. While excluding Bone from the tirade, he kicked things, spewed foul language, and threw his equipment across the room.

In a sport based upon principles of respect and courtesy, this was disturbing and, in our view, disgraceful.

Fast-forward twenty years. For my magazine, Martial Arts Professional, we did a profile on Thompson. What I discovered was a great lesson in perspective.

We asked him about the “old days” when he would throw a tantrum after losing. His response was as revealing as it was unexpected.

We discovered that for over thirty years, Herbie Thompson had dedicated his life to using the martial arts to save children in the roughest inner-city communities of Miami from a life of crime.

He has mentored hundreds of kids and has probably saved as many lives.

He explained that he would load as many kids into a van as possible and drive them out of Miami on Saturdays to a karate tournament.

Some of the kids competed and some watched, but all were out of harm’s way for the day. He was using distance as the defense to keep these kids out of the battlefield in the streets of Miami.

However, between the gas and the entry fees, by the time the tournament started, he was out of money.

If he didn’t win the cash prize for first place, he couldn’t feed the kids, and he would have to borrow money for gas to get the kids home.

His story instantly reframed our perception that he was a disrespectful jerk when, in fact, he was a desperate hero to these children, many of whom run their own martial arts schools today.

Since 2003, the Martial Arts Teachers’ Association (MATA) has been the leader in providing martial arts instructors with high-level resources to plan, market, and manage their schools.

MATA is now adding an extensive and professional digital marketing agency by merging GenerateMoreLeads.com (GML) into its service offerings.

Since 2010, GML has serviced mostly mainstream small and medium-sized businesses outside of the martial arts with comprehensive online marketing plans and campaigns.

While MATA and GML have not worked together in the past, they are both owned by MATA Executive Director John Graden. He says, “MATA has always provided the strategies, tools, and tactics for martial arts schools and gyms to market on- or off-line. Essentially, we’d teach school and gym owners how to market and sell their business, but they would then have to execute on the plan. That is both time-consuming and complex.”

That is the opposite of what GML does. According to Graden, “GML actually fulfills the marketing needs for small businesses. It builds business websites and crafts the SEO campaigns, Facebook ads, Google ads, content creation and directory listings for them. So we see this as a perfect fit at the perfect time because the economy is booming. Schools and gyms are clamoring to capitalize on the opportunities unique to online marketing without the headaches of doing it yourself.” 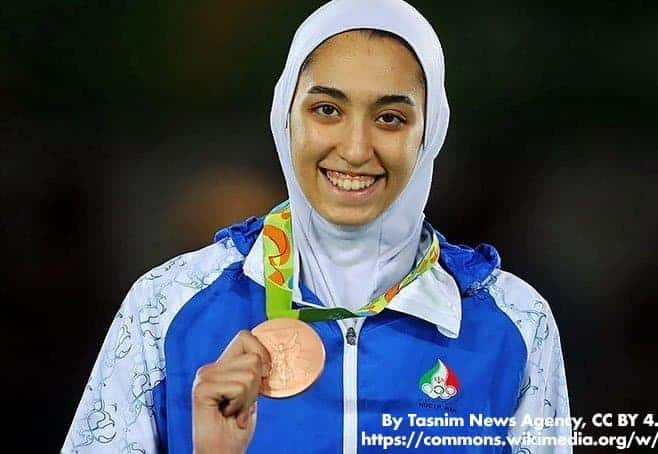 Iranian Defector: “All I want is taekwondo.”

Iran’s Taekwondo Olympic medalist has announced on Instagram that she is defecting.

She accused the Iranian government of “oppression,” “lying” and “injustice.”

She also wrote on social media, “I am one of the millions of oppressed women in Iran with whom they have been playing for years.”

How brave is this? Iran is believed to execute more people each year than any other country.

Treason is an executable offense.

According to the Daily Mail, an Iranian parliamentarian demanded answers and accused “incompetent officials” of allowing ‘Iran’s ‘human capital to flee” the country.

Coming just days after Iran admitted to shooting down a passenger jet and killing 176 people, this is a major blow and may be front-page news for the coming week.

I want to help you get in front of this news. You might want to consider reaching out to your local media on social media and suggest that you can provide some perspective as a fellow martial artist.

She said she just wanted three things, “Taekwondo, and a happy and healthy life.”

This assertion will no doubt bring worldwide attention to the sport.

Be careful how you handle this.

Resist the “Taekwondo was more important than her country..” or any similar exploitation.

Instead, share some expert insight that might be framed as, “She showed tremendous courage. Martial arts instills an indomitable spirit and this is exactly what we are witnessing on the world stage. As martial artists, we all admire her courage.”

The combination of shooting down the plane and Kimia’s defection may go down in history as the ultimate 1-2 punch to the end of the current Iranian regime.

No doubt, Kimia has opened the flood gates for many others to speak out or leave as well.

Right now, she is the face of the modern Iranian and she will be etched in history forever as a black belt revolutionary.

However, she is not the first martial artist to defect from Iran. In September 2019, Saeed Mollaei, an Iranian judoka, left the country for Germany. 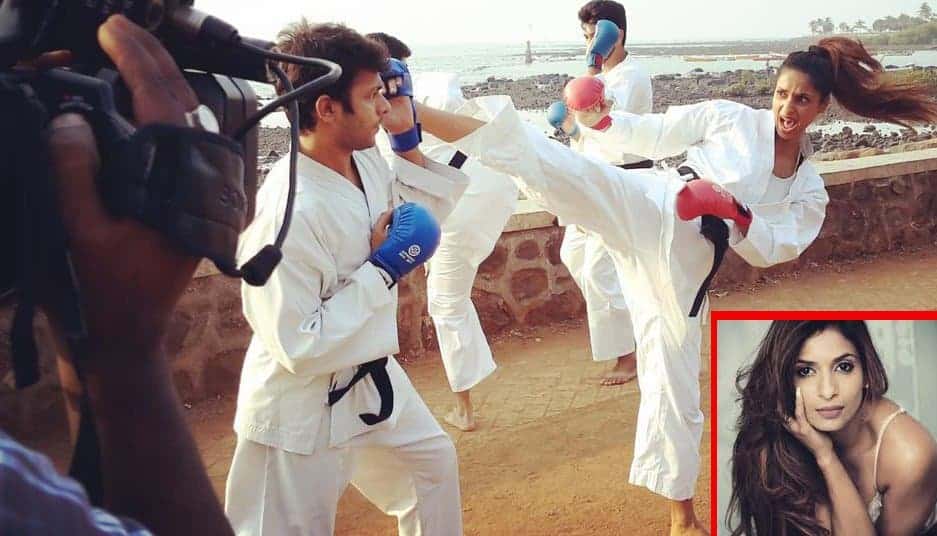 When your face is an asset for your business, competing in karate might seem unwise. Fashion model Sandhya Shetty has had her nose broken twice, among other injuries, but she doesn’t hesitate to climb back into the ring.

With karate set to make its Olympic debut in Tokyo, Sandhya is ready to show what she can do – all while inspiring young Indian girls to stand up for themselves.

Four Parts to Teaching Any Skill

To present a universal language and understanding of how to be most effective when teaching martial arts regardless of style.

Four Parts to Teaching any Skills

One of the biggest voids in all martial arts is a lack of defensive training.

Sure, we teach basics and kata that have a bunch of blocks, they are practiced in a vacuum.

How can you learn how to effectively block without a partner firing techniques on you?

This is why the MATA Instructor Certification program teaches a four-part system for teaching almost every skill.

Ideally, this description includes a story or application that creates anticipation and excitement for learning the technique.

Here is a short video of the late, great Joe Lewis telling such a story before teaching sidekick.

This is a clip from Joe Lewis 10 Favorite Self-Defense Techniques.
See Lesson One: The Best Finishing Hold.

First, show the application of the skill in real-time.

For instance, if you’re teaching sidekick.

3. Lead the class step-by-step through the mechanics of the kick.

“It’s just like” is the connector phrase. It connects the new skill to something we are familiar with.

4. Teach the defense against the technique.

This is BY FAR the most neglected area. That is what is missing from the drill in the video. The kid is just standing there and blocking with his ear! He should be practicing his defense. Ideally, he would work on three defenses.