As my wife and I were driving to our condo on Clearwater Beach, we drove by landmark hotel that was built in the 1920s. It’s a beautiful hotel in a picturesque setting. As we passed it, I saw a sign in front that indicated that the building that displayed the name and logo of the new owners.

Had I been driving, I may have crashed the car. I wasn’t sure what I saw. I said “Holy cow! What did that say?” It was a rhetorical question because I knew what it said. I was just in disbelief.

The property was purchased for $2.8-million with plans for $14-million in renovations and housing development. The buyers are a martial arts organization. They are not fringe Reverend Myung Moon types nor are they Scientologists, who virtually own the area.

My initial thought was that this is crazy. However, it started to make some sense as I thought about it. This is not the ATA or a high profile commercial martial arts association.

The Taoist Tai Chi Society, oddly referred to as a “religious organization” claims affiliated organizations in 26 countries with more than 42,000 participants.

What does this mean for those of us in the martial arts business? Our society is aging. Tai chi appeals to seniors and there are more of them now than ever before. When it comes to anti-aging, baby boomers have plenty of money to spend. 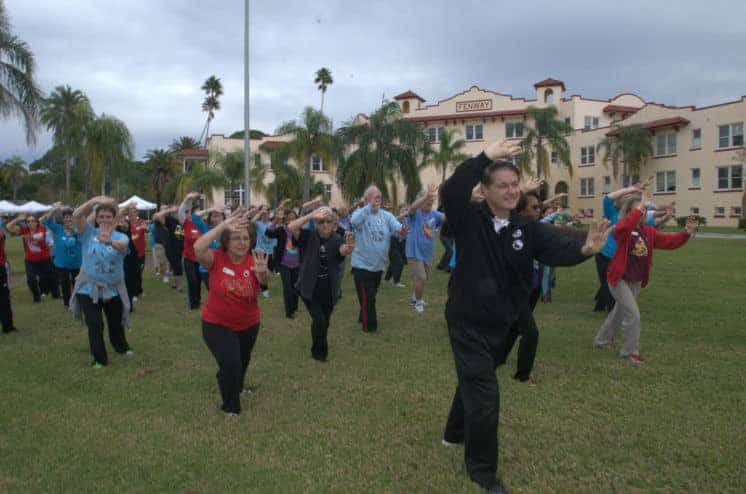 ← Prev: New Book by John Graden Next: Self-Defense Instructors: What Would You Do? →
