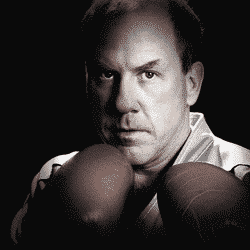 ← Prev: How a Guest Instructor Can Destroy Your School Next: We Build Strong Children →
