There is a new law in Missouri that has moved what may have been misdemeanor assaults to felonies for kids. Students could face jail time if convicted.

A bully victim who defends himself and hurts the attacker with one well trained shot, could be facing four years in jail and massive legal fees.

What if a victim’s parents decides to sue the kids karate instructor for teaching that technique? Or, some other reason related to the incident?

If so, what kind of insurance for martial arts schools would cover such a claim?

This is very important information to get out to you martial arts instructors. It is going to be imperative for all martial arts teachers to make sure they carry Professional Liability Insurance to protect themselves from any claims that could arise from what they say and do teaching their students.

Martial arts instructors should document that their instruction is defensive in nature rather than offensive when working with kids. Teaching the character traits that are valued in traditional martial arts will continue to be a very important element of the curriculum for martial arts schools to help their students understand when and how to use their self-defense training.

Get your martial arts school insurance reviewed at http://MATAInsurance.com.

Get a great resource for teaching bully prevention seminars at http://AntiBullyPlan.com 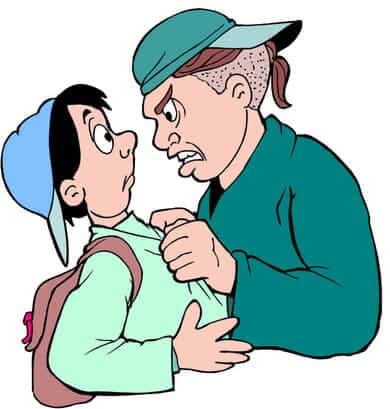 October is National Bullying Prevention month and there is no more clear example of rampant, unrepentant bullying than NFL players refusing to stand for the national anthem.

John Graden, the author of Stop Any Bully: A Family Plan for Taking Action is taking aim at NFL Players in this editorial.

Bullies throw their weight around to get their way. They see themselves as superior to their victims and use their strength to impose their will. Bullies often justify their rude insults or physical abuse as if they are trying to teach the victim a lesson. “She had it coming,” or “someone’s got to put him in his place” are common excuses.”

NFL bullies are targeting the very lifeblood of their income and acclaim. Hard working, loyal Americans who simply want the exciting distraction of football to entertain rather than infuriate.  The only time a fan’s blood should boil is when things don’t go well during the game, not before it even begins.

To be in a stadium filled with 70,000 Americans, who all stand in respect of our country and flag, is an honor and an amazing experience. For over a century, the collective pride and energy of the national anthem has ignited the crowd in universal pride and anticipation. That is no longer the case.

That moment of anticipation has been bullied into anxiousness and agony. It’s a terrible way to start a game.

President Trump shared the feelings of millions of Americans when he expressed his disapproval.

The kneeling players are saying that we, the fans, are idiots who need to learn something. We had it coming. That is classic bully behavior. It’s as though 70,000 fans stand in unity for the anthem and the 100 players flip them the finger and call us one of many undeserving mass label ‘isms.’

Bullies always have justifications for their actions. NFL Players have all kinds of claims as to why they are kneeling. That’s not important. The excuses of a bully never are. All that matters is action.

There is no doubt that there is a lot of internal bullying going on inside NFL locker rooms. I suspect many players and coaches do not want to kneel but are bullied into doing so. I think the most apparent example was the inspiring image of military veteran Alejandro Villanueva of the Pittsburgh Steelers standing alone to honor the flag while the rest of his team cowered in the locker room.

Americans had a hero against the bullies in Villanueva. His lone anthem image went viral, and his jersey sales skyrocketed. That soaring moment of pride quickly crashed to the ground the next day when he claimed that he felt ashamed of his actions. I have no doubt that he was bullied into apologizing by his team.

We love our football, but we love our country more. What was once our favorite stress release has been hijacked by selfish, condescending bullies who think they all know what is best for Americans.

The bullies may argue that they have a bigger cause to expose on their platform, but I have news for them. It’s not their platform. It is America’s.

From millions in stadium tax breaks to billions in TV and ticket sales, the American people have giveth and can taketh away. The NFL is fast losing our hard earned cash, our viewing time, and its place as our most popular sport.

Most of all, you have lost our respect. No one likes a bully.”

How to Become the Recognized Bully Expert in Your Town

If you want your school to stand out and integrate deeper into your community, you must become a master of hosting, promoting, and teaching great seminars year-round. This is one of the early steps I take clients through in our coaching program.

Why events? Because they work. A well promoted and presented seminar or interactive workshop creates buzz for your school like nothing else. Events can attract high-quality traffic into your school including community leaders, friends of your current students, and even the media. They also generate school pride.

With the targeting power of Facebook, it’s never been easier to promote events in your school. In some cases, you will be the instructor, in others, it’s best to have a special guest instructor. Why? Because guest instructors create excitement among your student body and the media.

For instance, on October 15th, I’m teaching an Anti-Bullying Seminar in St. Pete for one of our coaching clients. He could teach it, but by promoting me as the teacher it makes the event seem more exciting. We’re promoting the event in his school and on Facebook to all former students and prospects plus people who “look like” them in his zip codes. That’s the power of Facebook. We’re enrolling people every day.

Looking at a calendar, it’s not hard to plan to host and teach a seminar every six weeks or so. Look for National Days, Weeks, and Months that you can tie your event to.

Here are some examples for the first four months of 2017.

Host a special self-defense seminar for Boy and Girl Scouts

Promote an anti-sexual assault seminar. Bring in a local counselor or someone to add some weight to the presentation.

What to Look for in an Anti-Bullying Program

The Official Anti-Bullying Program of the Martial Arts Teachers’ Association is: AntiBullyPlan.com


October is Bully Prevention Month. Save $20 off the How to Teach an Anti-Bullying Seminar package. All you have to do is share your purchase on Facebook to get an instant $20 discount.

Seven things to look for in an Anti-Bullying Program

1. The program is protocol based. You need a step-by-step program, not something you have to patch together yourself.

2. The program law enforcement based. Who has more real world experience than street cops in dealing with bullies?

3. The program has real testimonials / endorsements from parents and police.

4. The program isolates the bully as the problem rather than the victim’s response.

5. The program focuses on how to prevent and deal with bullying for your family, not the entire school.

6. A practical, proven program that is reality based, not academic theory based.

7. The program spends 90% of the time on on non-violent or non-confrontational strategies.

Learn how to Teach the MATA Official Anti-Bullying Program

Seven RED FLAGS in an Anti-Bullying Program to Avoid

1. Any claim to Bully Proof your child. That’s impossible. Anyone can be bullied.

2. Any program suggesting you make a friend of the bully or joke your way out.

3. A program that is self defense centric. “Just kick him in the ding ding!” is not a solution.

4. Any program suggesting you ignore the bully. This is called “denial.”

5. Psychology based on ivory tower theory from psychologists or counselors. Professors love to study bullying and try to use their conclusions as a strategy for dealing with bully. The real world does not work like that.

6. Any program suggesting the bully is weak or cowardly and is actually “crying out” for a friend or lacks self-esteem. It doesn’t matter or help.

7. Programs that seek to prevent bullying on a school wide basis aka a whole-school approach. Our program is about your family. That’s it. We have no fantasy of ending bullying school wide, but we know how to end it for your family.

Learn how to Teach the MATA Official Anti-Bullying Program