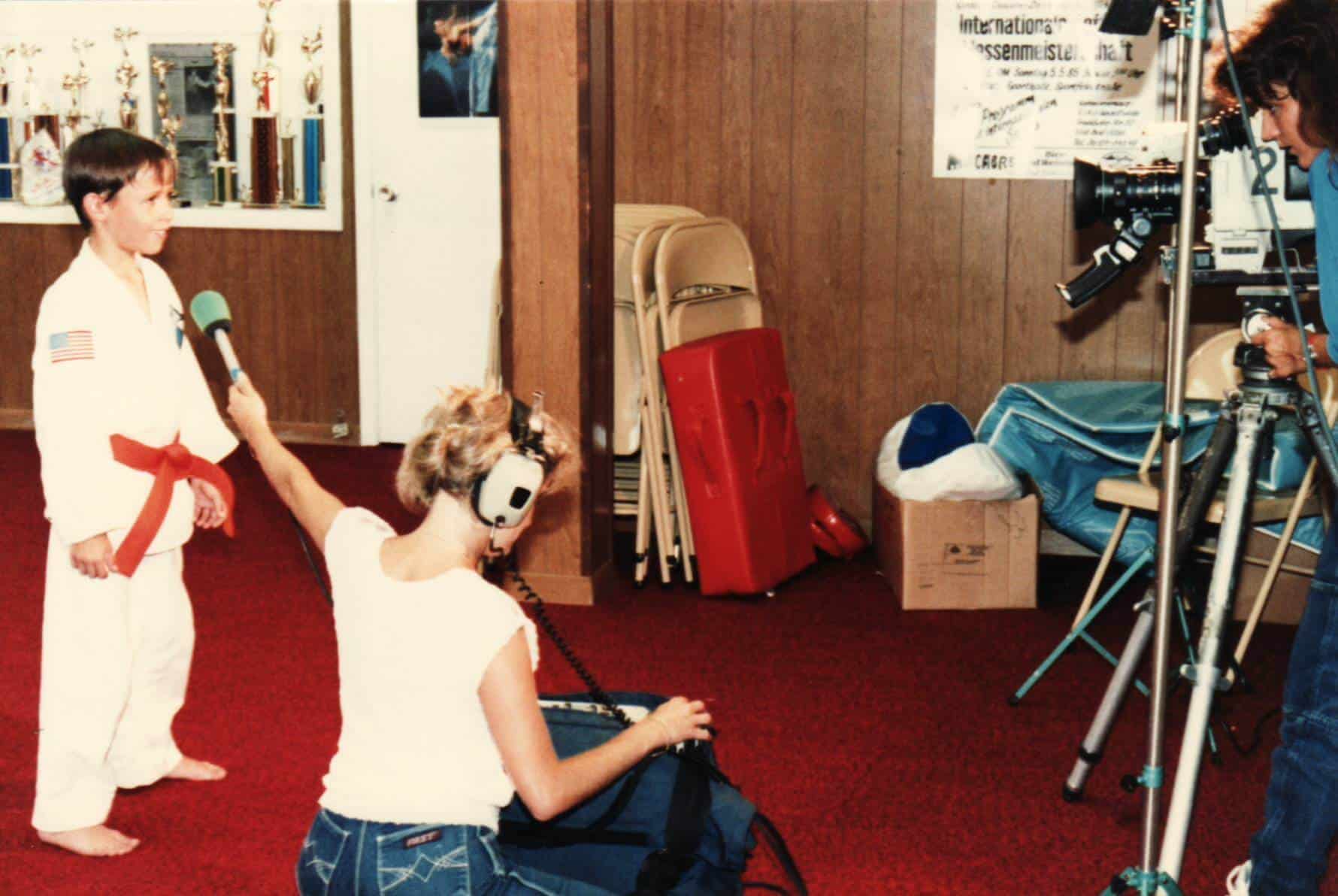 Smart schools use video testimonials. Why? Because when prospects see everyday people talking about your school, they can relate. Video builds the trust factor much faster than text or imagery. It provides content that is engaging, human, and relatable.

When recruiting students and family members for video testimonials, understand that some will be nervous about going on camera. It helps to let them know that you can start an answer over so they don’t feel they have to be perfect.

A good structure is for the person to describe:

“I’m Nancy Smith. I have two boys who are 8 and 10. We were looking for something that they could do that would help them with their self-control. They were getting a little wild. My husband suggested martial arts so we looked around and picked USA Karate. It was a great decision. The boys are much more respectful and disciplined. That’s HUGE for us. Plus, they’re learning how to defend themselves, which I think every parent wants their kids to be safer, so we’re really happy with the program.”

A good question to start with is, “If you were telling a friend about our school, what would you tell them?” A variation might be, “If a friend was thinking of enrolling her kids into an activity, what would tell them about your child’s experience here?”

You can use an iPhone to shoot these. Here are some things to remember.

While you want to show the subjects face at the beginning after about 5-seconds cut away to “B-roll” video. B-roll is footage that shows and supports what the speaker is describing.

For example, “I’ve lost 20-lbs since I started…” You might cut away to footage of the speaker sweating in class.”

“My child has better concentration and focus…” Cut away to a shot of him or children in general focused on what the instructor is saying.

At the end of the video, cut back to the speaker.

Since you’ve made it this far, I’ll give you one of my secrets. Increase the speed of the video by 10%. This makes everything faster but not to the point of distraction. It makes the video more engaging, especially when there is only a face to watch on the screen. The Empower Kickboxing video above was sped up by 20%.