Listen to the full version of this article

Each year for our annual martial arts business report, we look at the number of martial arts schools in the USA based upon the following NAICS categories:

The Internal Revenue Service (IRS) evaluates and scores your Tax Form 1040 Schedule C using the NAICS code submitted on the form so this is the best barometer of the number of commercial martial arts schools in the USA.

Here the NAICs listing categories for our annual State of the Martial Arts School Business report. 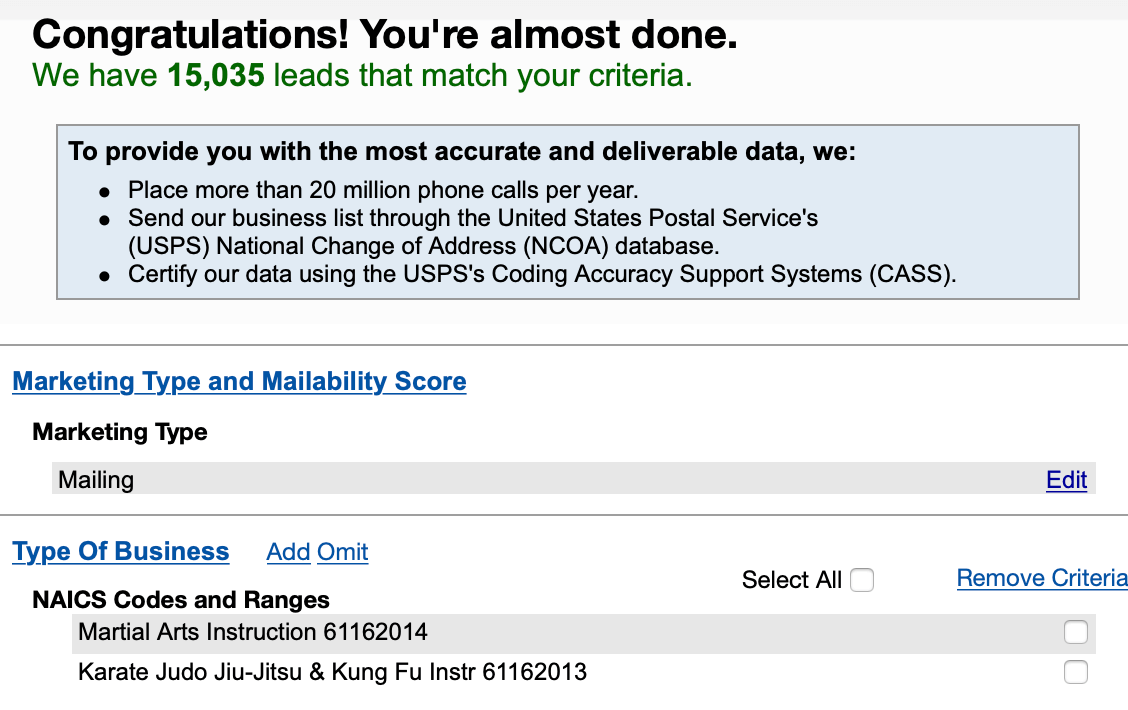 Last year, we saw a slight increase, but this year, we’ve seen a modest decrease. 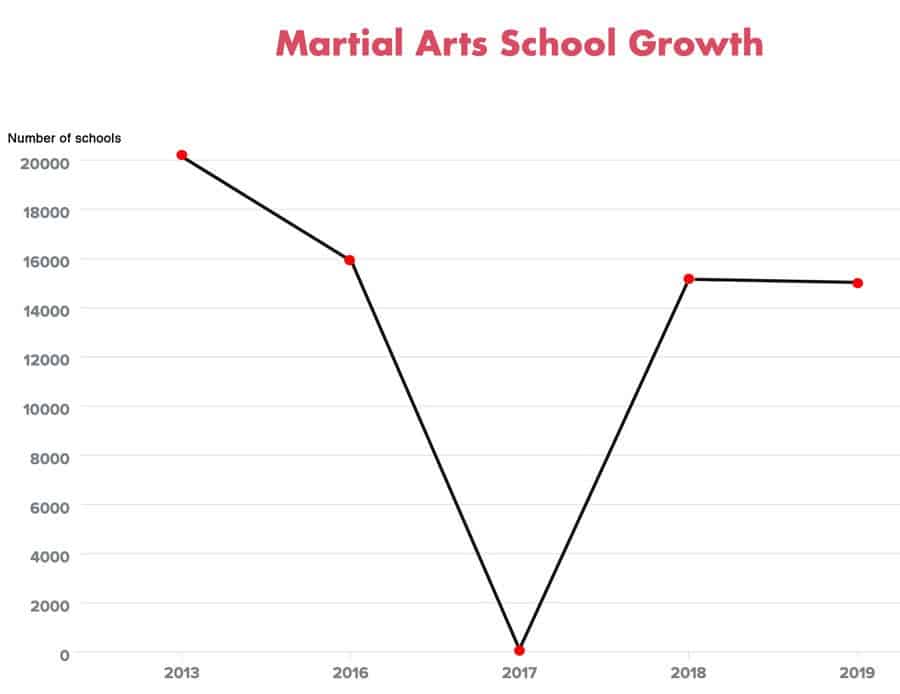 We shared these results with school owners in various Facebook groups for school owners and asked for them to share their theories or observations for a flat industry in a booming economy.

There are three categories of responses we’re sharing here.

These answers predictably skirted responsibility and blamed the market. Some people never change…

“It has to do with the Planet Fitness mentality of parents. They want cheap, they want quick, and they don’t commit to things.”

“It’s the culture. Most people don’t want to sweat or bleed anymore. Everyone wants instant gratification and easy solutions. There are none of these in the martial arts.”

“I’ve had conversations with masters and grandmasters from all over the world on this. The general observation seems to be a change in parenting in the western world specifically.”

“A lot of McDojos are run by people who claim they are instructors and promote themselves to black belts.”

“Unemployment is low but so are wages. Period. Rent is high. Parents need us but we need to have many more families with careers not jobs. Sorry but this is where we are now. But ….this means we have to try harder to keep our schools going. We can’t give up.”

“Instant gratification. Kids and adults don’t want to put in the work necessary to get a black belt.”

2. The shift from traditional martial arts to modern training.

“With the popularity of MMA, are more people are joining those schools or are they tied into Dojos of traditional styles?”

“Low tuition schools are closing because they cannot afford to pay the higher rents. A better economy causes low vacancy rates which means higher rents for spaces. Those unable to raise their rates to meet the rent close.”

“Retail rent is extremely high right now. Our area is literally charging as much as $35 psf plus $7 nnn, on 5 years.”

“In the next 10 years if you don’t own your building and have after school it will be hard to survive. Rental space is reaching all-time highs. I purchase my buildings.”

“Overhead rents insurance and payroll account for most failures. Also over-saturation of outside events tournament and Hall of Fames. Finally..inferior teachers.”

Pablo Zamora
“Thinking that our success or failure is based on anything but ourselves is suicide. I don’t worry about the economy, competitors or anything that is outside of my control. We teach children, Krav Maga and Kung Fu. We teach adults Krav Maga, JKD, and a fitness class too. I do not have camps for kids or after school. People haven’t changed all that much. We have to provide excellent service, be an example of what we do, and give people what they most want and need.

Chris Sutton
“My high school track coach taught me that if I’m looking at the competition, I’m taking my eye off the finish line. I focus on my students and the value they are receiving from my classes.”

Doug Grant
“Our numbers have gone straight up over the past two years probably do to teaching and putting money in the right places and also the economy since Trump took over.”

We believe that the market is more educated about martial arts than any previous generation.

It’s with that reality that we suggest the following.

CURRICULUM
A poorly designed curriculum is the kiss of a slow death. Most schools inherited a decades-old, dusty and out-dated program that is serious need of an upgrade.

IT’S SMARTER TO RIDE THE HORSE IN THE DIRECTION IT’S GOING.
Given the choice of joining a traditional school vs joining a modern school that can be learned fast, like Empower Kickboxing, most people will choose easy to learn and easy to understand vs the hard to learn and hard to understand.

MARKETING IS TOO COMPLEX TO DO IT YOURSELF ANYMORE
Like most small business owners, school owners are still struggling with marketing.

While that has always been the case, marketing in today’s world is far more complex with SEO, Social Media, and the declining value of media appearances.

CLONING OUT-DATED PROGRAMS
Too many schools have become clones of schools they perceive as being more successful.

How many schools market that they “are more than punching and kicking? Or proclaim, “we are a black belt school.”

Every school in town says the same thing and wears the same ugly karate gi.

NOT TAKING TEACHING SKILLS SERIOUS ENOUGH
It is foolish to believe that earning a black belt prepares someone to teach well.

Even if you’ve been teaching for decades, there is a good chance you are repeating bad habits until you learn differently.

That is why the MATA Certification program is so important and popular.

If you are going to make your living teaching martial arts, you have to get certified.

If you are afraid of spending $297 to upgrade your teaching skills and provide your staff with a common standard and language for teaching, then you are not a business owner. You are a hobbyist.

What do you think? 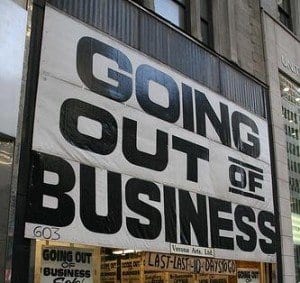