Since 1993, MATA has been the must-have membership for martial arts school owners. Get all the tools, connections, and answers you need to succeed.

The Martial Arts “Teacher of Teachers”

“On his path of inspiration, motivation, and unparalleled success, John Graden has had a profound impact on the manner in which thousands of martial arts are operated worldwide.” — Martial Arts World magazine

WHO ARE MATA MEMBERS?

Black belts working hard to create a great living for their families so they can focus on their passion for changing lives through their schools.

Learn how to create the revenue that you deserve for your hard work and the life-long benefits you provide your students.

We’ll show you the programs to offer to move a stranger to a student and a student to a black belt and staff instructors.

Become the "go to" school

Learn how to become the school people think of and talk about when “martial arts” are mentioned in your town or area. 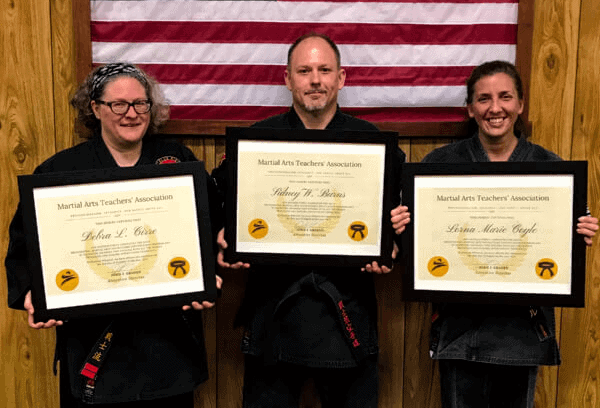 “MATA is a professional and quality organization. I wanted my Instructors and myself to be certified by the best.”

“I am continually looking for ways to improve my teaching knowledge and the MATA Instructor’s Certification is one of the finest and most updated courses an instructor can take.

I was impressed by the honesty of the content and detailed explanations of the various issues surrounding the teaching of Martial Arts these days.

With the coronavirus pandemic blanketing the world, many martial arts school owners can’t conduct group classes for at least the next month or two. This creates beehive of complexity and questions. Our guest, The Lease Coach, gives us the answers.LISTEN AND SUBSCRIBE...

END_OF_DOCUMENT_TOKEN_TO_BE_REPLACED

The Coronavirus and Your Martial Arts Insurance

Understanding Your Insurance Coverage From Jennifer Urmston of Sports & Fitness Insurance Corporation “It is important to remember that viruses are excluded from standard Commercial General Liability insurance policies. This means that insurance companies will...

END_OF_DOCUMENT_TOKEN_TO_BE_REPLACED 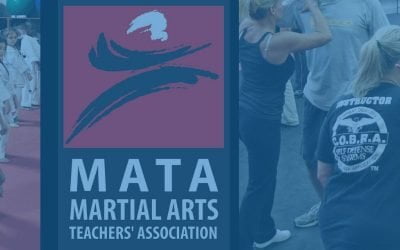 END_OF_DOCUMENT_TOKEN_TO_BE_REPLACED

Interview with the Lease Coach Dale Willerton In case you don’t know my full history I worked for landlord’s managing and leasing commercial properties for many years only to realize it was Tenants that needed my help, not landlords.  In 1993 I quit landlords and...

END_OF_DOCUMENT_TOKEN_TO_BE_REPLACED

What Makes a Good Weapon?

END_OF_DOCUMENT_TOKEN_TO_BE_REPLACED

With the coronavirus pandemic blanketing the world, many martial arts school owners can’t conduct group classes for at least the next month or two. This creates beehive of complexity and questions. Our guest, The Lease Coach, gives us the answers.LISTEN AND SUBSCRIBE...

END_OF_DOCUMENT_TOKEN_TO_BE_REPLACED

The Coronavirus and Your Martial Arts Insurance

Understanding Your Insurance Coverage From Jennifer Urmston of Sports & Fitness Insurance Corporation “It is important to remember that viruses are excluded from standard Commercial General Liability insurance policies. This means that insurance companies will...

END_OF_DOCUMENT_TOKEN_TO_BE_REPLACED

The Shield Block from Empower Kickboxing

END_OF_DOCUMENT_TOKEN_TO_BE_REPLACED 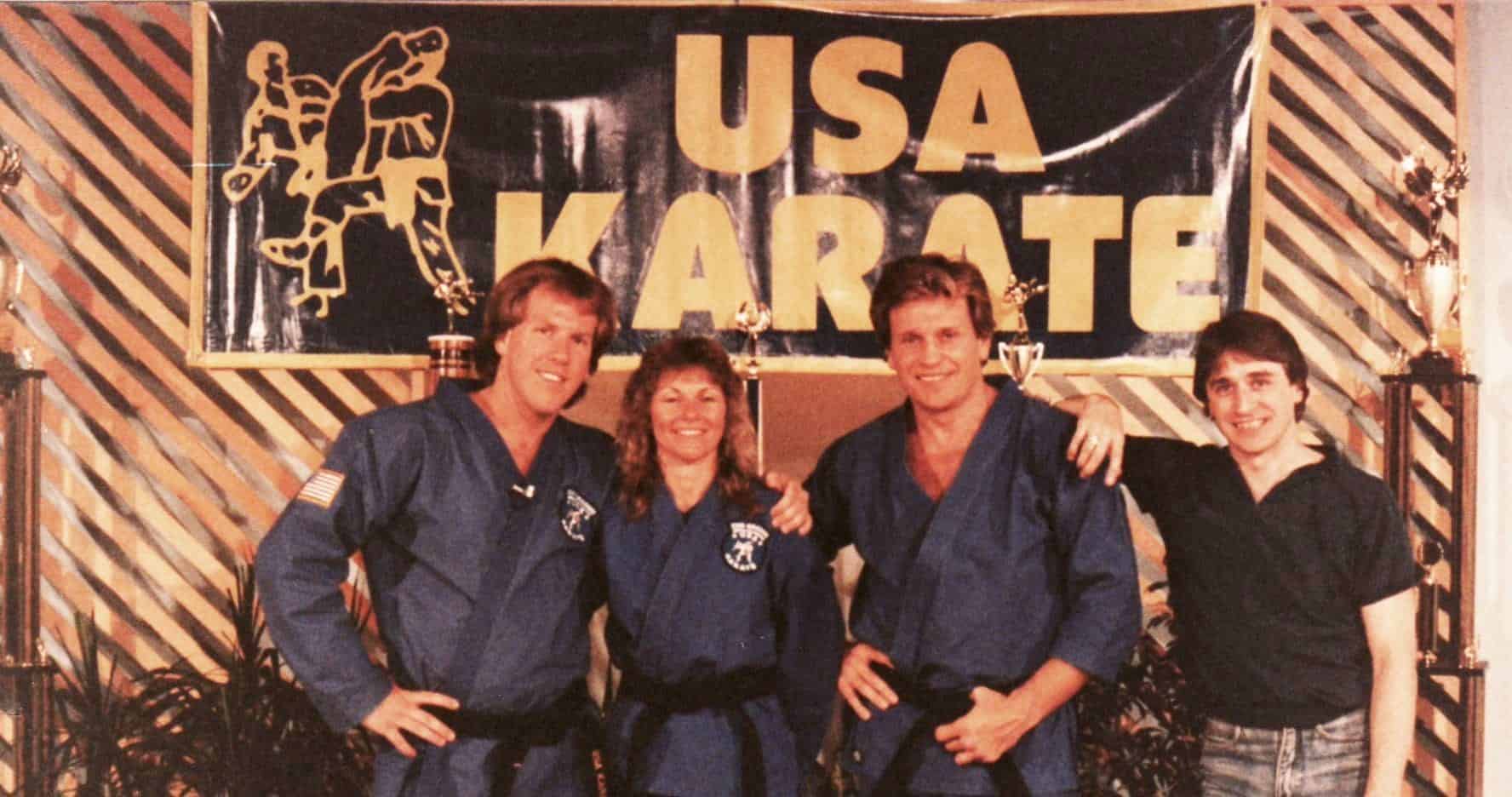 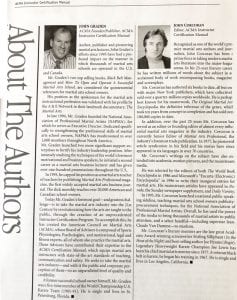 2018 Martial Arts Teacher of the Year

It’s a classic American success story. Sidney Burns of Bedford, VA, has grown from a karate crazed 8-year old to a master instructor with a well-established school and a year-old COBRA-Defense location that has rocketed out of the starting box.

Like many martial arts professionals, Master Burns started out teaching in a YMCA until 2012 when he opened Blue Ridge Martial Arts in Bedford, VA.

Sidney says that the best thing about his business is that he feels as though he hasn’t worked a day at it.

When he compares his current position to his days as General Manager of a concrete company, he can’t help but smile. But, he knows he didn’t get to where he’s at alone. Standing right beside him in full support is his wife of 29-years, Lisa and chief instructor, Lorna Coyle.

Master Burns joined MATA in 2016 and quickly completed the MATA Certification course along with his staff. He says, “MATA is a quality, professional organization. I wanted my instructors and myself to be certified by the best. It’s just easier to follow the MATA program than to jump around chasing fads.”

He also discovered COBRA through MATA and quickly saw an opportunity to lock in the territory. According to Burns, “As with most martial arts schools, we struggled to enroll adult students. COBRA is an awesome program that fills that gap.”

His focused efforts with his COBRA school are already paying high dividends with group and high-end private classes.

Many MATA member schools teach COBRA as part of their school’s programs, but Sidney chose to open a separate location for COBRA. He said, “COBRA is so attractive to adults, that we wanted to expand to a larger town to reach more people. COBRA was surprisingly easy to implement. It gives you all the tools and support from headquarters for us to make that transition.”

As he looks back to his humble beginnings at the Y, he has learned some important lessons. He says to, “Be careful who you listen to and surround yourself with high achievers. Helping others see their potential is a tremendous honor. There is no better profession than teaching martial arts and self-defense.”

Sidney and Lisa Burns have made it a point to be a positive source of support for the community as well. From working with a suicide prevention group to sitting on the board of Bedford Christian Services, they are committed to leveraging their unique skills and talents to help make Bedford, VA a better place for all. It seems to be paying off. 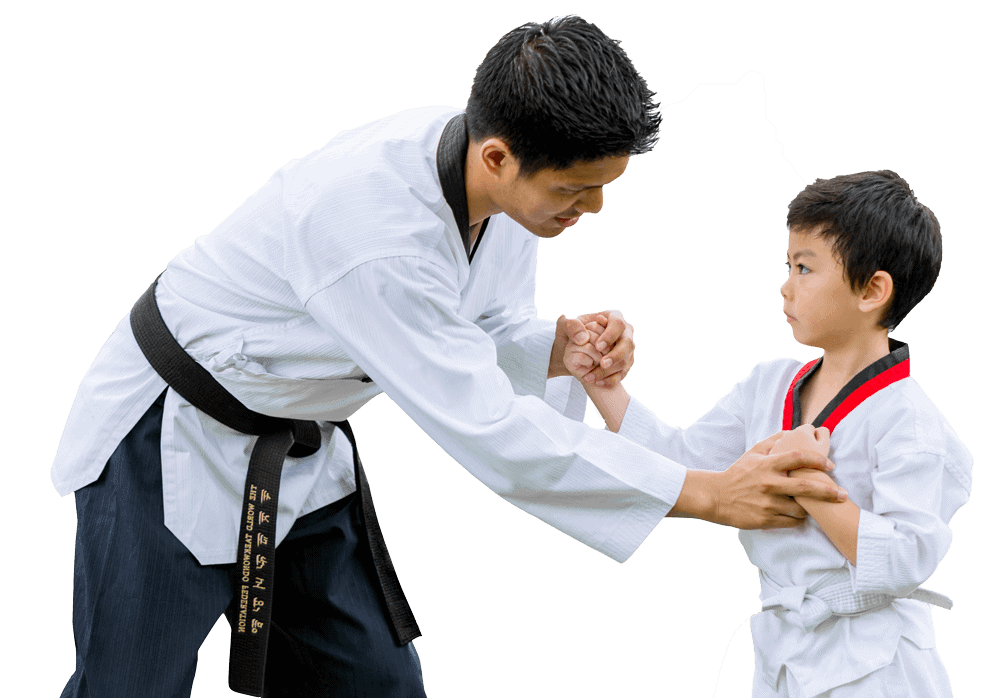 How Martial Arts Instructors Miss the Mark in Teaching Confidence.

A good martial arts teacher had an educated understanding of self-confidence and what is required to nurture it.

If a teacher treats students with respect, avoids ridicule and other belittling remarks deals with everyone fairly and justly, and projects a strong, benevolent conviction about every student’s potential, then that teacher is supporting both self-esteem and the process of learning and mastering challenges. For such a teacher, self-confidence is tied to reality, not to faking reality.

In contrast, however, if a teacher tries to nurture self-confidence by empty praise that bears no relationship to the students’ actual accomplishments – dropping all objective standards – allowing young people to believe that the only passport to self-confidence they need is the recognition that they are “unique” – then self-confidence is undermined and so is achievement.

We help people to grow by holding rational expectations up to them, not by expecting nothing of them; the latter is a message of contempt.

Self-confidence demands a high reality-orientation; it is grounded in reverent respect for facts and truth. Excessive and inappropriate self-absorption is symptomatic of poor self-confidence, not high self-confidence. If there is something we are confident about, we do not obsess about it – we get on with living.

ISN’T SELF-CONFIDENCE  THE CONSEQUENCE OF APPROVAL FROM SIGNIFICANT OTHERS?

No. If we live semi-consciously, non-self-responsibly, and without integrity, it will not matter who loves us – we will not love ourselves. When people betray their mind and judgment (“sell their souls”) to win the approval of their “significant others,” they may win that approval but their self-esteem suffers.

What shall it profit us to win the approval of the whole world and lose our own?

It is commonly held that among young people the approval of “significant others” does profoundly affect self-confidence, and to some extent, this is doubtless true – but one has to wonder about the reality of self-esteem that is so precarious that it crashes easily if that approval is withdrawn. 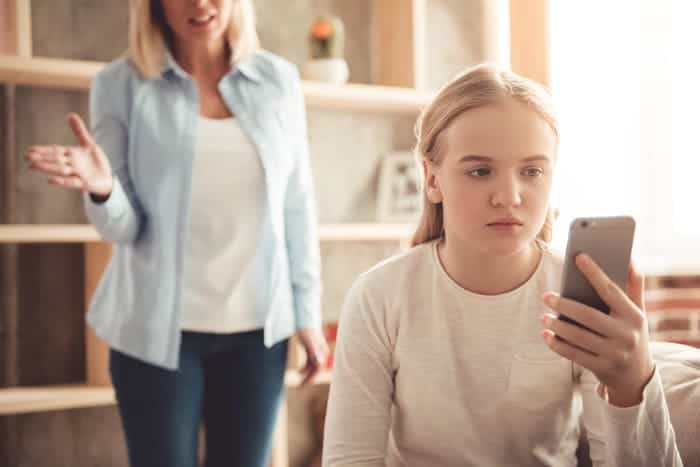 How to Teach Discipline