How to Answer Questions from Potential Students

How to Control the Conversation

When a potential students asks you about your school, it’s important to understand some basic communication tactics that will help you to gain and maintain control of the conversation.

When you’re asked a question, it’s important that how you carefully move the conversation in the direction of enrolling while also answering and respecting their questions.

The key is to “answer a question with a question.” If you just answer the question, “What style do you teach?” the conversation could be over with the last word out of your mouth.

Instead, ask them a question about their question.

That is called a “Comeback Question” and it is the key skill to controlling and directing any consersations.

“How did you hear about us?”

1. You have to know what marketing efforts are generating leads.

2. How they hear about you will tell you a lot about the quality of the lead. If they come in from a discounted Groupon, they may just be bargain hunters and tough to close. However, if their friend referred him or her to the school, that is far more qualified prospect.

“Is this for yourself or someone else?”

This is important because you may assume it’s for the adult calling and start to point out benefits and features for adults when the caller is actually calling to get info on enrolling their child.

“What is it about Empower Boxing that you are interested in?”

Their answer to this question starts to pave the road for you. They are essentially telling you how to sell them.

“Are you currently involved in a fitness program?”

The answer to this tells you a few things.

If they belong to a gym, that means they are paying for fitness. You can use this to your advantage later in the close by pointing out that “A lot of our students have told us that they like the idea that they can get everything here. You can combine all of your memberships into one at Empower Boxing because you’ll get  great cardio, resistance training, stretching, and core strengthening every class.

Tells me what he or she likes.

Important question that will tell you what they so not like

Our next trial class is tonight at 7 or tomorrow night at 6? Which works best for your schedule?”

Do you work during the day? Would tonight at 7 be good?”

Do you know where we’re located?

Have you ever done martial arts before?”

What’s your name is a “test close.” If they give it to you it is a buying signal. If they press further on price, just go ahead and tell them the price. In some cases, price is really an issue, so they have to know. 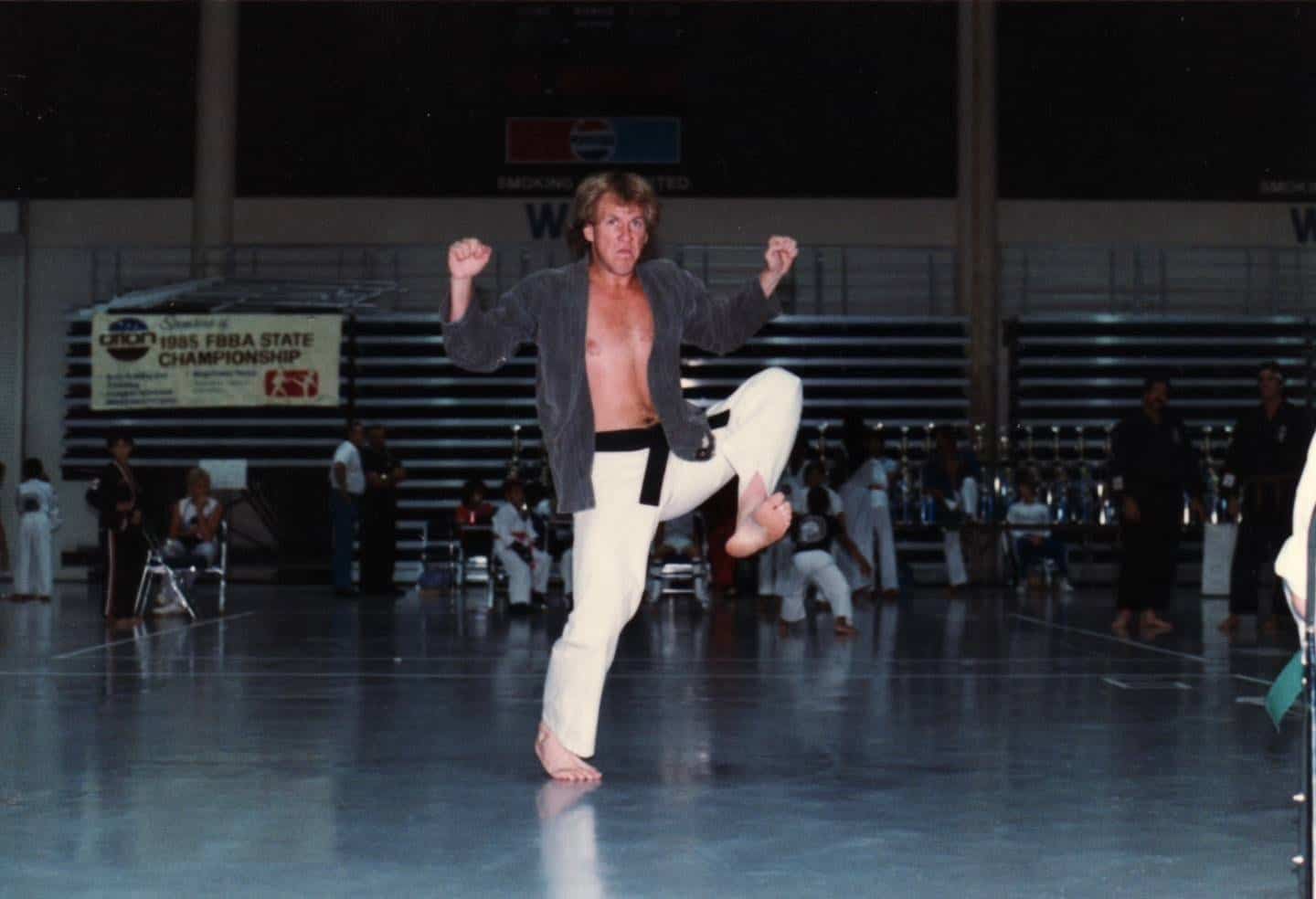 The Masters on Change on the Martial Arts

We have the great system of Shotokan because of the work of Gichin Funakoshi. In fact, the genesis of Shotokan is in the massive change Funakoshi’s made to Okinawan karate. He radically changed the recipe book, yet for the most part, the book has not changed since.

It’s also entertaining to me to see modern Jeet Kune Do teachers argue over what is real JKD. If anyone didn’t want his system to freeze, it was Bruce Lee. He was way ahead of his time in his approach to creating a practical martial art that was not confined or restricted by history.

Joe Lewis is someone who has continually updated his material. Recently we trained one-on-one for the first time in over a decade. He had me fire some of the excellent Joe Lewis Fighting Systems’ combinations on the bag in my garage. He stopped me and started to show me how to throw a straight right hand. My mouth kind of dropped, my eyes got wide, and I shook my head in disbelief. He said, “What?” I said, “That is the exact opposite of what you taught me in the 80s!” He said, “What? I’m not supposed to evolve?” It was the perfect response.

Here was a 60-year-old black belt who was in his fourth decade as a worldwide recognized pioneer and superstar, but in his mind, he is in his fourth decade of evolution. While I’m on the subject of Joe Lewis, let me also mention this. Joe is a very traditional martial artist. I am, too. We don’t express our traditions by holding on to techniques or rituals. We express them by making sure our students: execute with proper form, can defend themselves and develop the tenacity to never quit.

Why You MUST Learn How to Sell Martial Arts Lessons

“I was at a video shoot here in Tampa recently for a nutrition company. It’s one of our sponsors and it was at a martial arts school gym in a school which was basically an industrial garage with big doors open and heavy bags. The nutritional companies’ posters were on the wall.

There were six or eight people in the class at one o’clock in the afternoon. It was not a professional environment by any stretch, but the students were paying tuition. The instructor said, “Well these are the guys from TEN. That’s the nutritional company. Yeah, I use all this stuff but I never mentioned it because I don’t want to be a salesman.”

What he was really saying is what many of you feel so let me venture this concept to you. “I don’t want to be a salesman,” it translates to I am a coward when it comes to persuasion. I’m so afraid that I’m gonna be rejected, that I won’t even go there. Instead,  I’ll take the high road and say I’m NOT going to be a salesman.

In reality, every time that a student is at the crossroad where he could join your school or leave and go to another school, you have to know that touch point and you have to know exactly how to communicate the benefits of your program.

But if it’s beneath you, you’re going to lose students consistently. Eventually, you’re going to have to explain that to your family. “I know we wanted to send you to college Heidi but I don’t want to be a salesman.”

The truth is that it’s very simple to learn to sell martial arts. This is not a big program with all kinds of moving parts. You’re not trying to sell a car. You’re not trying to sell a house was all kinds of contingency laws and going back and forth and negotiating. There’s typically no negotiations in a martial arts school enrollment presentation.

You have to know how to make the presentation like a pro and track your results.”