One of the best pieces of business advice I’ve ever received turned into one of the worst. Around 1990, a wealthy dad of a student took me golfing. We talked business for most of the afternoon. It was the best way I knew how to take his mind off my awful golf play.

He enjoyed pontificating and teaching me his world of high finance. One point he made stuck with me. He said to focus on one business,  build it and avoid anything else. Single-minded growth was his mantra.

That was great advice at the time. I was coming on strong as a local business owner and as many of you know, the more successful you become, the larger the target on your chest grows. People come to you from all angles trying to get you to invest here, buy there, build this with me, etc…

Thanks to his advice, I was able to say “No” to many offers that would have distracted from single-minded growth.

Eventually, I “outgrew” my two schools. They were not as large of a platform as I thought I needed so I sold the schools and created NAPMA and Martial Arts Professional magazine. They were the first widely respected professional association and trade journal for the martial arts school business.

Over the course of the next decade, I grew NAPMA into a multi-million dollar business and helped thousands of schools. My influence grew and, as many of you know, I’m not shy in my assessments of the martial arts business.

My vision for the martial arts flew directly in the face of some people with much deeper pockets and far more experience in litigation than I.

Through a long series of expensive lawsuits over three years, I lost my company, my car, my marriage, and my platform. Little Ninjas, MAPro magazine, Fast Defense, Cardio-Karate and many other programs were assets I created that were removed from life. I still have five figures in legal fees due.

Part of the reason I was wiped out was that the guys’ advice backfired on me. I was single-mindedly focused on one revenue stream; NAPMA. When that was decimated, so was my income.

I use that story because it’s a great illustration of the importance of creating multiple streams of income. Like legs supporting a table, your income streams are supporting your life.

The danger in creating multiple streams of income is if you start chasing every shiny object that comes your way. You have to be picky. You still have to say “No!” to most every offer, especially those in the MLM, network marketing arena. Yet, it makes sense to create supportive streams of income that are independent of each other but related in theme so that you are still within your area of expertise.

I am forever grateful to my Martial Arts Teachers’ Association (MATA) members for their valuable support. Many have been with me from day one.

It’s with that support I’ve been able to expand, so I’m not in that same situation again. Empower Boxing™, MartialArtsWebsites / Marketing360, and Cobra-Defense have all been profitable, parallel projects each with their own stream of income.

While they share a common thread of the martial arts and MATA, they are radically different. Teaching a Real Estate Self Defense seminar is completely removed from an Empower Boxing™ class, though they complement each other like a hand in glove.

Today I fly to Santa Clara, CA to speak as a featured panelist for the Evolution Sports and Fitness Expo. This event will also be the launch of our new partnership with the Ten Institute.

Ten is an excellent fit for MATA and promises to be a significant source of income for any martial arts or fitness professional. If an additional stream of income with a minimal investment of time and money would be a good move, I invite you to check out the Ten page at MartialArtsTeachers.com/.

As an instructor, when you make a recommendation for a nutritional supplement from Ten, you get paid 40% of the revenue that sale creates. You get paid every 30-days.

Even if your student quits training with you, you’ll continue to receive those monthly checks for as long as the person purchases the product.

I love the idea of a revenue stream that keeps on paying you long after the student stops paying tuition. It’s a great way to create additional, secure streams of income to avoid having your legs chopped off in one fell swoop. 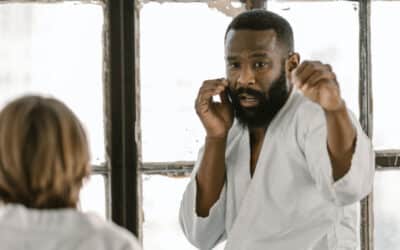 Martial Arts School Owners:  Are You the Right Person for This Job?

Martial Arts School Owners:Are You the Right Person for This Job? One thing I know about professional martial arts...

END_OF_DOCUMENT_TOKEN_TO_BE_REPLACED

20. How to Avoid the Smoke and Mirrors of Martial Arts

END_OF_DOCUMENT_TOKEN_TO_BE_REPLACED

Interview with the Lease Coach Dale Willerton In case you don’t know my full history I worked for landlord’s managing...