In 5th grade, my class rehearsed a play that we were going to perform on Parents Night. I didn’t have any lines or much of a role. I think I was a plant. I just had to stand in one spot. Sounds simple right? An hour before leaving for school that night, I locked myself in the bathroom and refused to come out until I was sure the time had passed to go to Parents Night. The idea of getting on a stage in front of people terrified me.

Two years later, in 7th grade, my electronics teacher showed us this amazing new invention. It was a camera that recorded on something called video and it could be played back instantly on a machine. I thought that was super cool until he started to video the class. I immediately jumped under my desk so that I wouldn’t appear on camera.

I share this because I am not a natural born speaker by any means. I was terribly shy, but one of the key lessons I’ve learned from the martial arts is that there is a technique for everything. Anyone can learn to be a better speaker.

Once I started teaching martial arts professionally, I did what most of us do and just imitated my instructor. That worked for a while. But, once I began to host a weekly cable TV show, USA Karate, I knew I had to improve my presentation skills because the camera, or in this case, three cameras do not lie. My presentation was awful. I remember showing a friend of mine a video of my brand new TV show. After about ten minutes he asked, “Is there something else we can watch?” That was painful.

I had to learn how to speak and teach like a pro so I started to study the speeches of people like Ronald Reagan, JFK, Martin Luther King and watched Dr. Robert Schuller’s The Hour of Power on Sunday mornings.

What I discovered is that being a good teacher is NOT about gimmicks like praise, correct, praise or proximity influence. It’s about learning how to consistently manage and motivate a diverse group of students to do things that are difficult and thank you for it.

It’s an evolving process of calibrating your class control with a balance of discipline and motivation in order to help students and their families to develop a long-term attitude and approach to your classes.

Few students join your school with the goal of earning a black belt so your ability to inspire the desire to earn a black belt is one of the key skills of any professional martial arts instructor.

Central to inspiration is creating emotion. Logic helps, but it’s not enough. Creating an emotional connection is more art than science. Emotion breaks down barriers and accelerates loyalty.

As an example, when I took the stage for my first keynote at my NAPMA World Conference, I knew that most of the 1,000 owners in the audience either didn’t know me at all or knew of me as a fighter and Joe Lewis protege from the karate magazines.

I knew that career martial artists were far more focused on what happened in the past than what can be created in the future. I was sure they would view me as a sell-out McDojo advocate unless I could quickly convey that I was just like them. I hold the same standards and values as the most staunch traditionalist.

I had to quickly bypass their logical mental blocks and penetrate into their subconscious emotions. When the moment came and I was introduced, I didn’t enter from stage left or right. Instead, I entered from the back of the room down the center aisle. Audience members had to turn to the side to see me as I walked to the stage carrying large luggage bags. The audience was instantly in a state of curious anticipation.

When I got to the stage, I dropped the luggage, turned to the crowd and said, “20 years of carrying baggage can really slow you down.” I then spoke about the baggage that we carry as martial artists. It was my way of saying, I’m just like you guys. Because I am and it worked.

See the open to the keynote.

END_OF_DOCUMENT_TOKEN_TO_BE_REPLACED 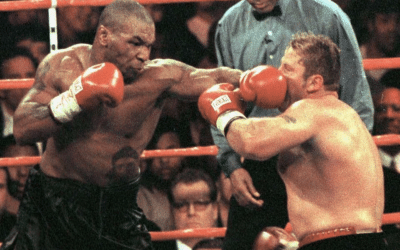